In his third article on alternatives to the Okavango Delta, Bushtracks guest blogger David Bristow paddles his canoe down the mighty Zambezi River to get away from the madding crowds and describes the stunning parks on either side of the river: Lower Zambezi National Park in Zambia and Mana Pools National Park in Zimbabwe.

The Zambezi is the mightiest river in Southern and East Africa, rivaled for wonderful wildness only by the Rufiji in southern Tanzania. There are in fact two sides to this story, much as there are two banks to the river, defining as they do the border between Zimbabwe to the south and Zambia to the north.

The most recognizable feature of the Lower Zambezi (the stretch that lies downriver of Lake Kariba and before the river disappears into Mozambique) are aisles of massive albida or winter-thorn trees (Faidherbia albida) through which slanted sunlight creates sylvan cathedrals and wherein the some of the most memorable tableaus of wild Africa can be observed.

If you’ve seen images of elephants standing on their hind legs, trunks reaching into the tree canopy for treats, those would have been the albida groves in either Mana Pools or Lower Zambezi national parks. The albida tree is one of Africa’s most important trees for animals as well as for bees and other pollinators, the apple-ring like pods being like candy for elephants, camels and many other species besides. The timber too is highly fancied.

Mana Pools park in Zimbabwe is locally famous as a place where crowds are unknown, where walking safaris are preferred and where elephants rule the wilderness as well as in camp sites.

Mana (four) Pools is prized by hard-core safari types who can light a fire with one hand and a stick. However, for those of us who prefer at least a few scatter cushions to sit on as the sun sets vermillion and orange on the river there are a number of private, mostly wood and canvas style safari lodges in the park as well as in the adjoining game areas.

Across the river in Zambia lodges tend to be rough stone and thatch in style, some with a family-run weekend getaway feel, several of them also the hang-outs of serious fishers (tiger fish being the catch du jour). There are also a few more luxurious safari lodges geared to welcome international travelers who prefer a scatter cushion or two to sitting in a folding camping chair.

The biggest elephant herds in the region

Even though the parks on both sides stretch to the tops of the escarpment walls of this expansive rift-faulted valley, it is the river that is the star of this show. Everything and everyone tends to congregate along its banks so wildlife action is to be found around every twist and turn.

The parks on both sides of the river have among the biggest elephant herds in the region as well as buffaloes in large numbers, not to mention the predators that depend on them. Strangely, and no one knows for sure why, there are no giraffes found in the Lower Zambezi Valley. And I have not yet mentioned the birds (all 350 species).

Seeing a herd of elephants trunk to tail swimming across the mile-wide river, curved trunks acting as snorkels – should you be so lucky – is just one scene that recalls the Pleistocene epoch before our Earth was contained, constructed and contaminated by the heavy tread of the human footprint. And it will be scenes such as this that play in the theater of the mind as you embark on the last journey down the great river of the hereafter. 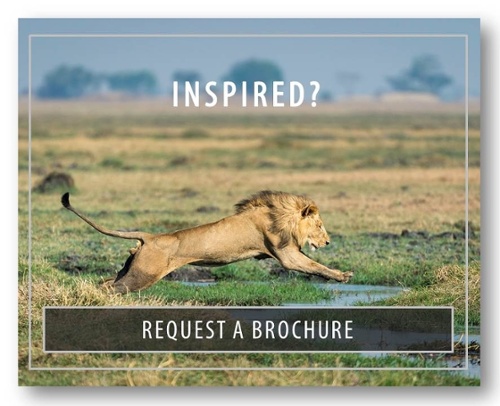 David Bristow is a Bushtracks' Specialist Guide based in Cape Town. For 13 years David edited Africa’s leading travel magazine Getaway, and his colleagues dubbed him “the walking enviropedia.” Now a freelance writer, he continues to share this knowledge, primarily through storytelling. He is an environmental scientist and has written some 20 books that focus on the natural environment, culture and history of the region. His specific focus is the history of the Cape, its peoples, cultures, politics and how the natural environment has influenced human development there. The geological (including paleontological) and archeological record are among his abiding interests.